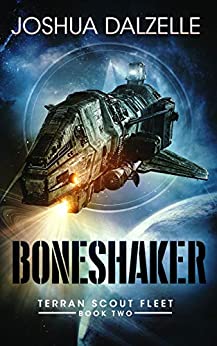 For months he's been sitting around on an alien planet ººº! waiting for command to recall his scout team so they could rest and be re-outfitted. The team went through hell during their previous mission ººº! losing both their commanding officer and their ship. For now ººº! Jacob was acting CO of Scout Team Obsidian and their ship was a broken down old surplus combat shuttle they'd stolen from narco-smugglers on a planet called Niceen-3.

When command finally does reach out ººº! however ººº! it isn't to order Obsidian home for some much needed R&R. Instead ººº! they are being reactivated and sent out into the contested space of the recently conquered Eshquarian Empire to track down a single Terran cruiser called the Eagle's Talon.

The Talon's captain has gone rogue and is operating within a fleet of ships bent on open rebellion against the quadrant's only remaining superpower. If that ship is discovered within the rebel fleet ººº! Earth will bear the brunt of the ConFed's reprisal. Jacob's team is in a race against time to locate the missing ship and her rogue captain so that a Navy strike force can swoop in and reclaim her… or destroy her.