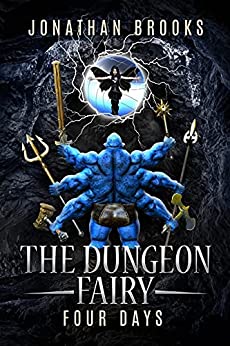 Time is ticking away for Tacca and the Raider Delving Clan....

The previous devastating events inside of Tacca’s dungeon were only the beginning of a wider invasion of the continent of Abenlure. The death of so many Raiders inside of her arena at the hands of the Invaders would normally be a boon to the Fairy-turned-Core and the nearby Nursery Cores ººº! but the attrition of the Raider Delving Clan’s numbers is worrisome. Especially when an unsettling discovery up to the far north will revise everything they know about the Interdimensional Beings that are invading their world.

Thankfully ººº! Tacca isn’t alone in the fight to save everyone ººº! Trevelyan and the rest of the Raider Delving Clan are doing everything they can to stem the invasion ººº! even though they are being systematically pushed further south. In addition ººº! while the former Fairy is doing her best to train the nearby Raiders to become strong enough to combat the powerful Invaders ººº! she is also working with Head Instructor Lapis and a multitude of other Dungeon Assistants to figure out a way to utilize her unique Omen Charge Ability to eliminate the protective barriers surrounding their mutual enemy.

When events start to spiral out of her control and the world’s doom is upon them ººº! however ººº! not even her vaunted Ability will be enough to save them. With hope in short supply ººº! their only chance at survival will be to discover the secret behind the Invaders before time runs out.

Find out how it all ends in the thrilling conclusion to The Hapless Dungeon Fairy series!

This story contains Dungeon Core elements such as dungeon construction and defense ººº! LitRPG/GameLit mechanics such as character progression and stats ººº! and contains NO harems/sexual content or profanity.