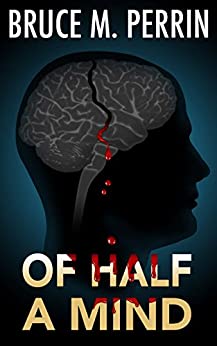 When you talk to yourself ººº! there’s only one voice. When you picture something ººº! there’s but a single mind’s eye.

Recently graduated psychologist ººº! Dr. Sam “Doc” Price and his inexperienced team had always held those principles to be true…at least ººº! under normal circumstances. But as they studied the work of Dr. Ned Worthington ººº! a brilliant but troubled neuroscientist ººº! they began to wonder if he had created an electronic world that was anything but normal. He claimed it could rewire the brain ººº! repurpose sections of it for new uses. And the man who had used it was capable of remarkable feats.

But as their awe of what might be possible grew ººº! so did their unease about what was implied. Just beyond what they could prove ººº! there seemed a dark side of the technology and perhaps ººº! a man who had succumbed to it. Was he watching? Was he coming for them? And when Doc and his team finally secured the evidence they sought ººº! only one question remained. Now that they knew ººº! could they survive the truth?

This book is a comprehensive rewrite of a story first published by the author as Half A Mind in 2015.