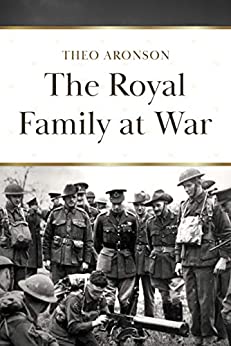 'This war' ººº! wrote Winston Churchill to King George VI at the height of the Second World War ººº! 'has brought throne and people closer together than was ever before recorded.'

Here is a full and fascinating account of that coming together. It is a study of the contribution made not only by George VI and his redoubtable Queen ººº! but also by the entire royal family during those turbulent years ººº! and of how that contribution strengthened and popularized the monarchy.

This is a family saga ººº! an account of the lives ººº! as much private as public ººº! of all the diverse members of what George VI called 'The Firm'. Together with the tireless efforts of the King and Queen ººº! it deals with such aspects as the Duke of Windsor's flirtation with fascism ººº! the mysterious death of the Duke of Kent ººº! the activities of the Athlones in Canada and the Gloucesters in Australia ººº! and the imprisonment of the Princess Royal's eldest son ººº! Viscount Lascelles.

Occasionally tragic ººº! often amusing ººº! always interesting ººº! The Royal Family at War is a richly detailed panorama of the monarchy in one of its finest hours.

Theo Aronson is the author of over twenty works of royal historical biography including Grandmama of Europe ººº! The King in Love ººº! Napoleon and Josephine and a biography of Princess Margaret. In the course of researching and writing these books he has interviewed major and minor members of Britain’s royal family and members of the royal households ººº! as well as various officials ººº! servants ººº! friends and others whose lives are in some way connected with the monarchy.