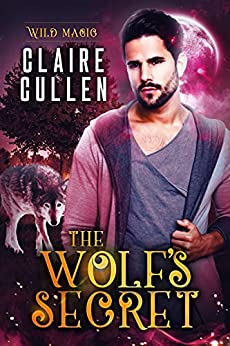 When is a wolf not just a wolf? When he has magic running through his veins.

Fleeing Samhain Pack to protect them from his berserker nature ººº! Barrett is alone in the wilds—and lost to himself. Until he tracks a most interesting prey and finds himself face to face with a mage. But Evan is not just a mage ººº! he’s something their pack desperately needs—a healer.

Evan is always a healer first and a mage second ººº! no matter how he wishes otherwise. Searching for his missing cousin ººº! taken by sorcerers ººº! he’s lost and running out of hope. And then he meets a feral wolf who is far more than he seems. Others would run from a berserker ººº! but Evan has never been one to run from trouble.

Barrett’s elation at bringing a healer home to his pack is dashed when he learns what Evan demands in exchange for helping them. Can he confront his greatest fear—his own wolf? And will the bond of a mage help him do it and maybe even lead to something more?

The Wolf’s Secret is a m/m paranormal romance featuring an alpha and mage who bring out the best in each other and a pack who’s found its heart. It’s the fourth book in the Wild Magic series ººº! which should be read in order. It contains mature and somewhat dark themes but is not an mpreg story.